We were approached by Well North to create a brand identity for their new initiative called Well North Enterprises. Well North was set-up in 2014 by Public Health England, The University of Manchester and Health Innovation Manchester. It was funded over three years to tackle complex causes underlying the health inequalities between the North and South of England, and to improve the health and wellbeing of people and families in some of the most challenged communities. The programme is an innovative way of solving health and wellbeing problems within communities, by bringing together influencers, charities, third sector organisations and entrepreneurs, it aims to create self-sustaining communities that don’t rely on government funding and the NHS. Ultimately the purpose of the programme was to prevent health problems where they start.

Our brief was to create a brand identity for Well North Enterprises, a social business born out of the Well North programme. The team at Well North wanted to take to market their concept to various councils, funders and use the principles they’d learnt in the 3-year programme to make more change in other areas.

In the three years that the programme had been going, it was understood that many people knew of the Well North programme – therefore the new name for the organisation had to stay in some way. The agreed name was Wellnorth Enterprises. We suggested joining the words ‘well’ and ‘north’ because the new initiative would be nationwide rather than just being in the north.

From interviews and a brand workshop, we learnt that what Wellnorth Enterprises were doing was something very complex and unique. Their target audiences were broad: from the NHS, councils, government, funders, and charities. They had to look like a social business working within communities – but with a tone of seriousness. 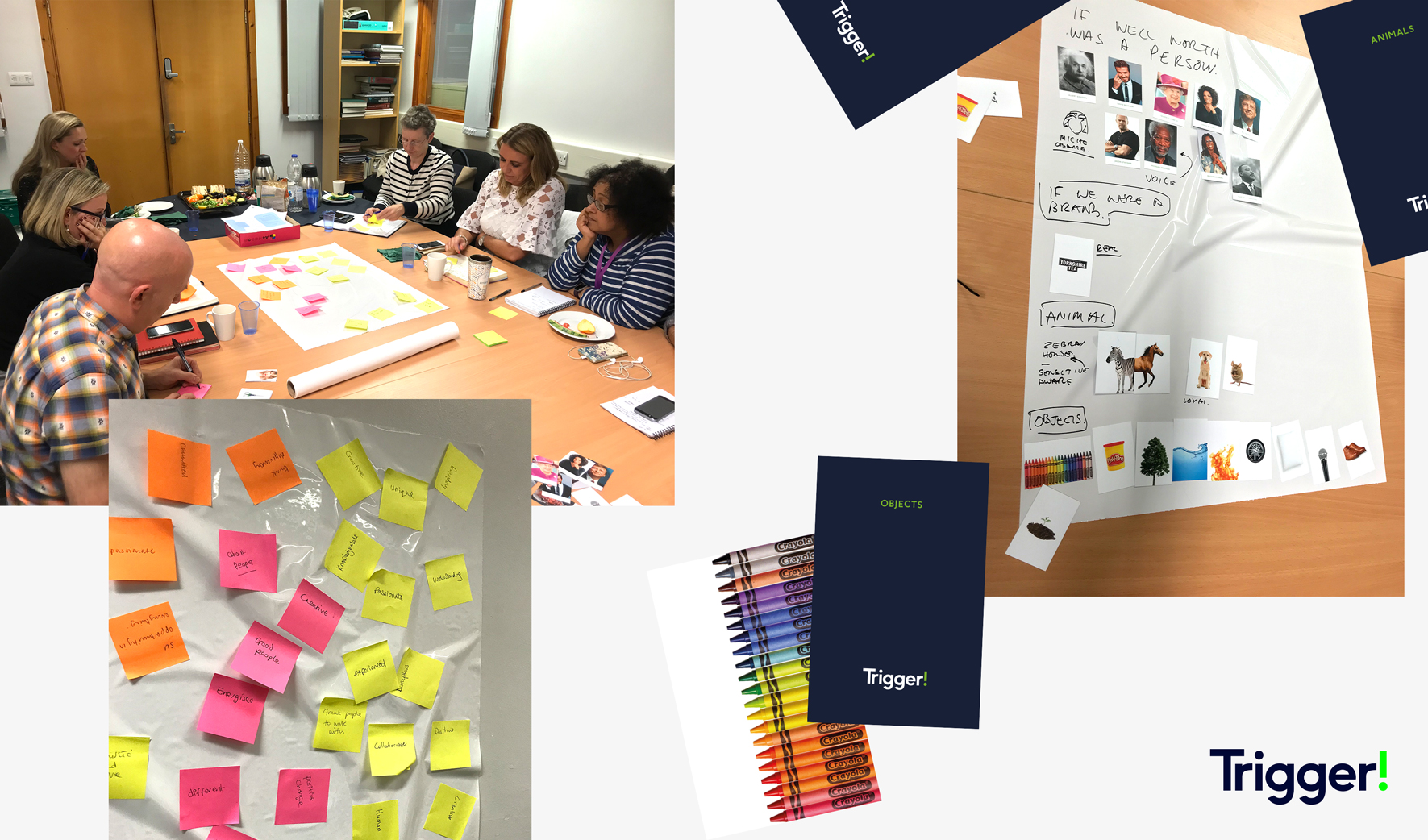 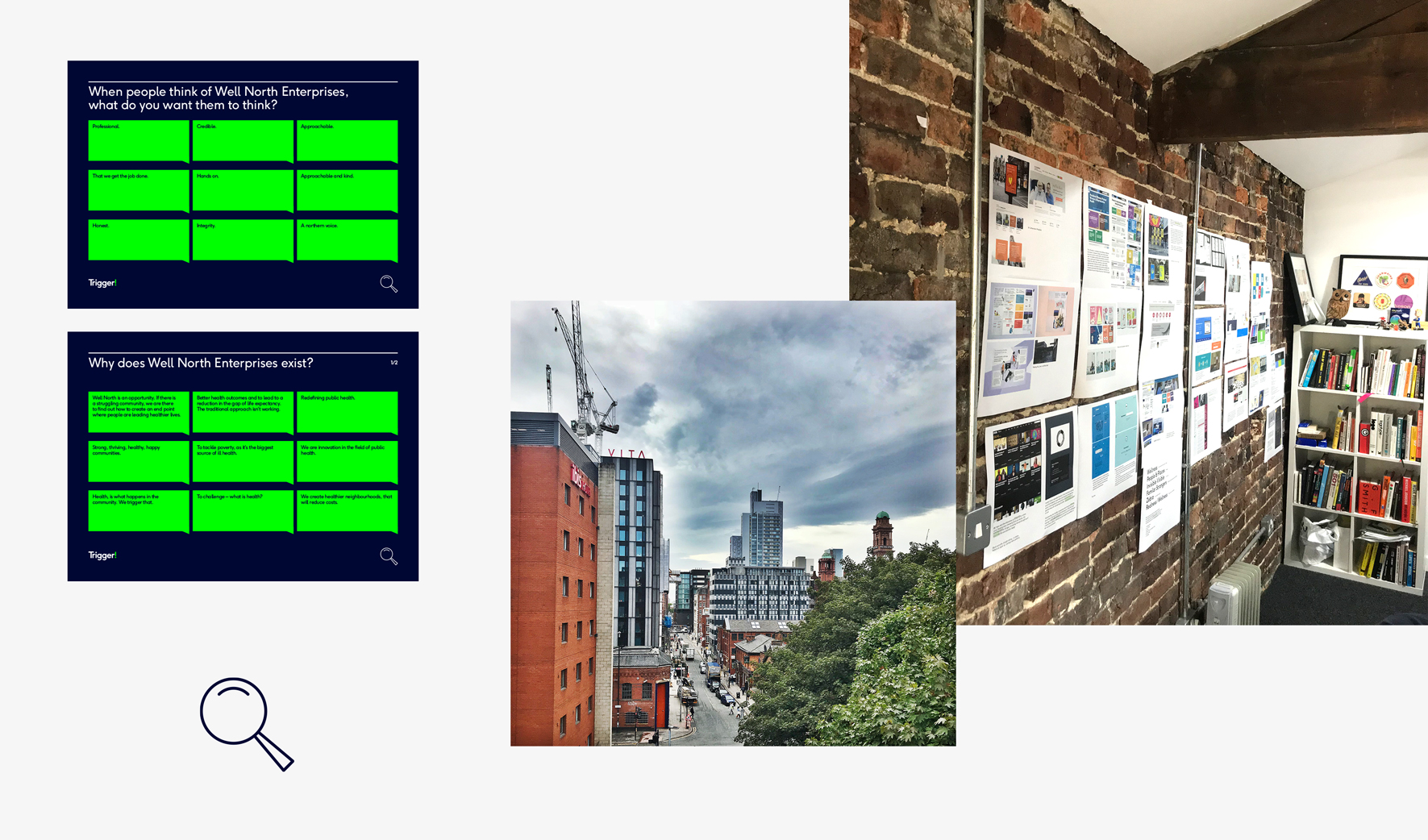 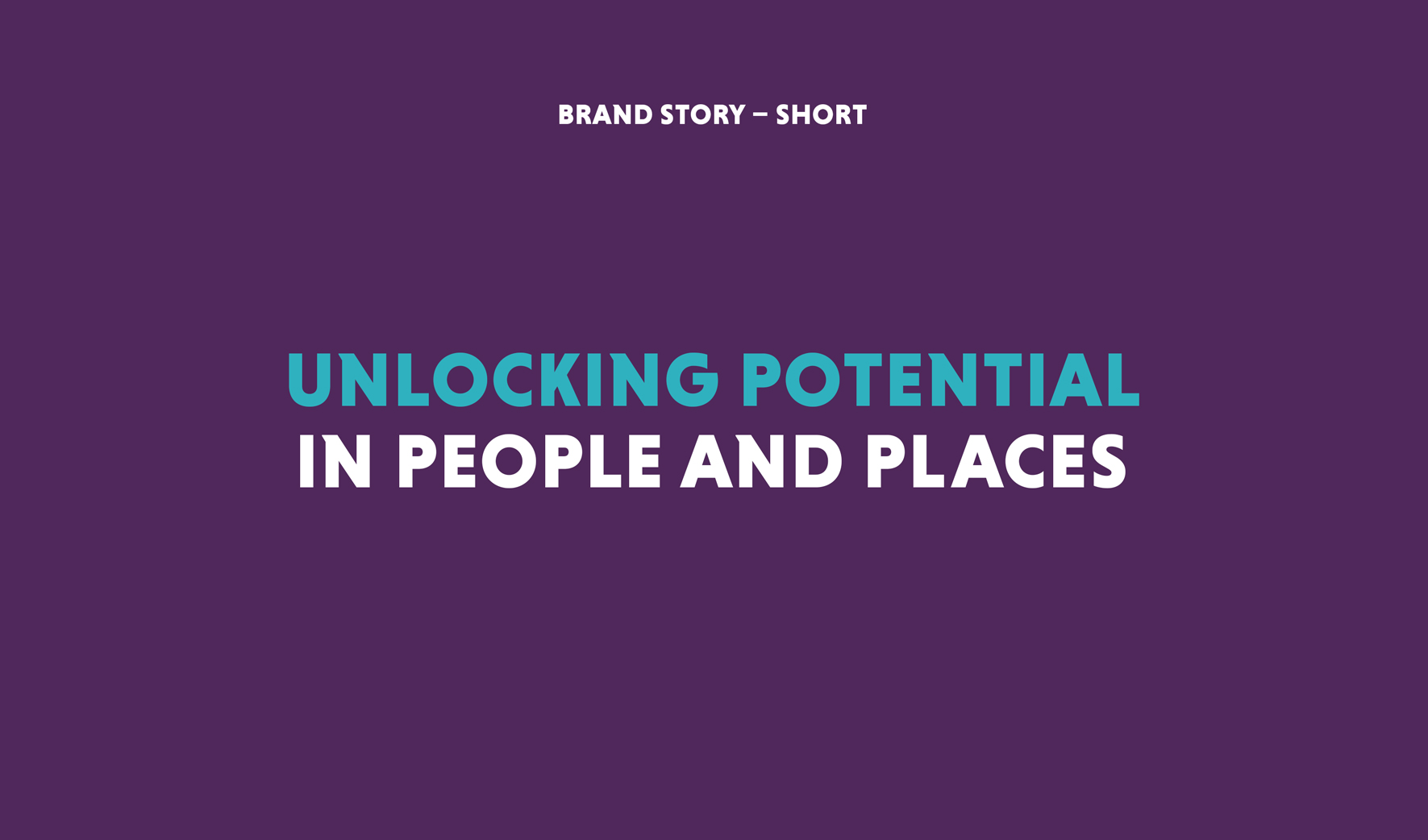 We chose a colour scheme that was vibrant, felt like a community organisation and wasn't associated with healthcare. 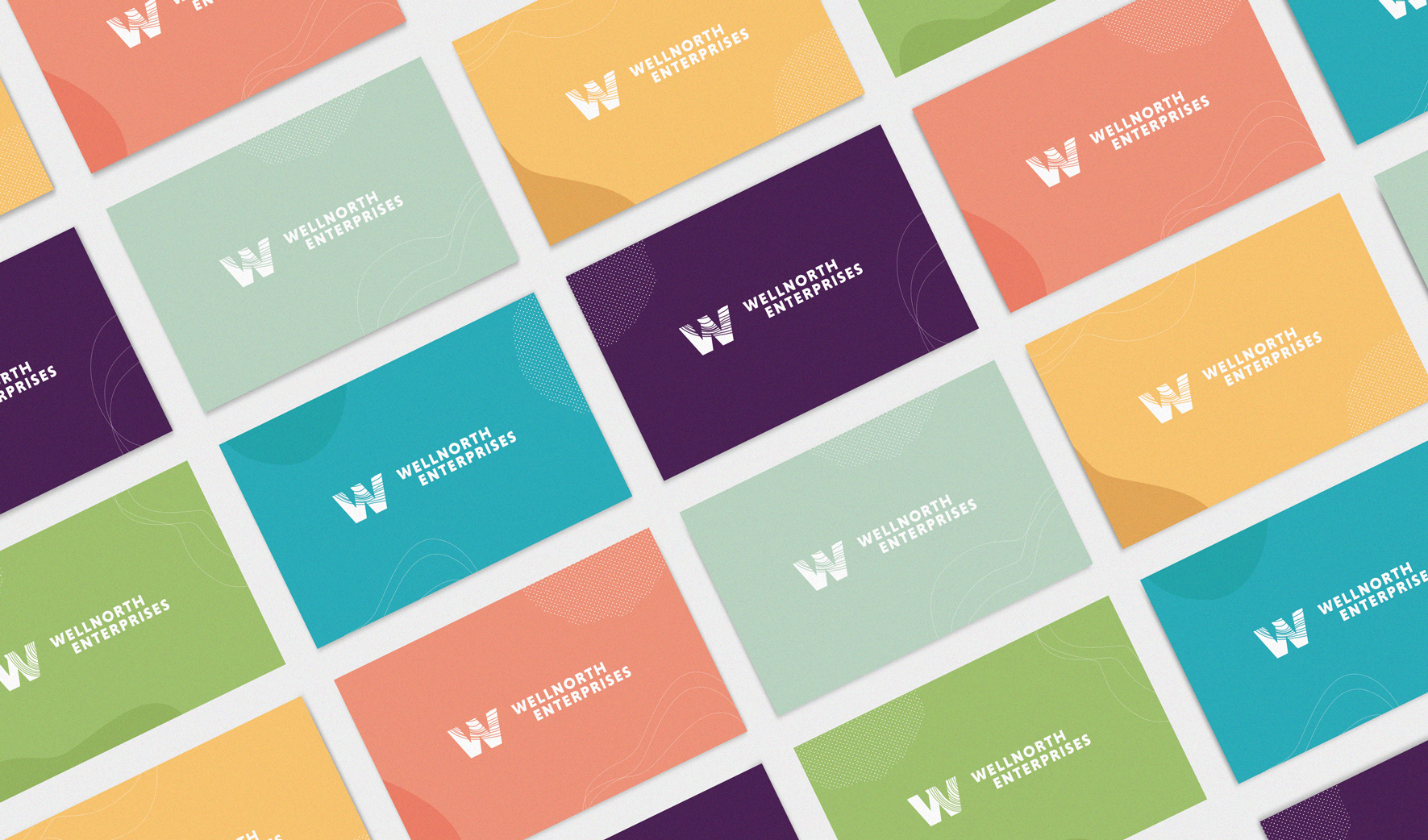 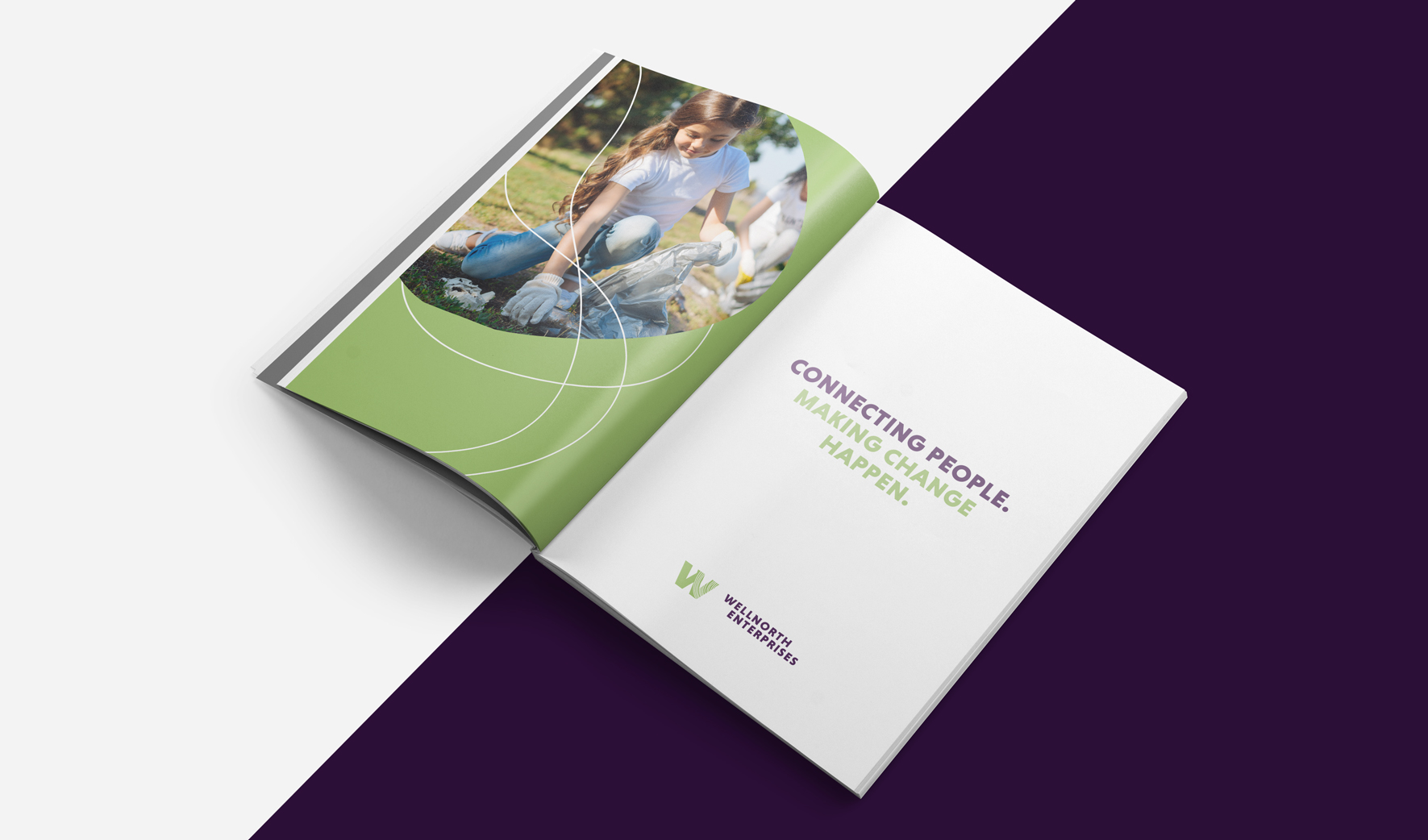 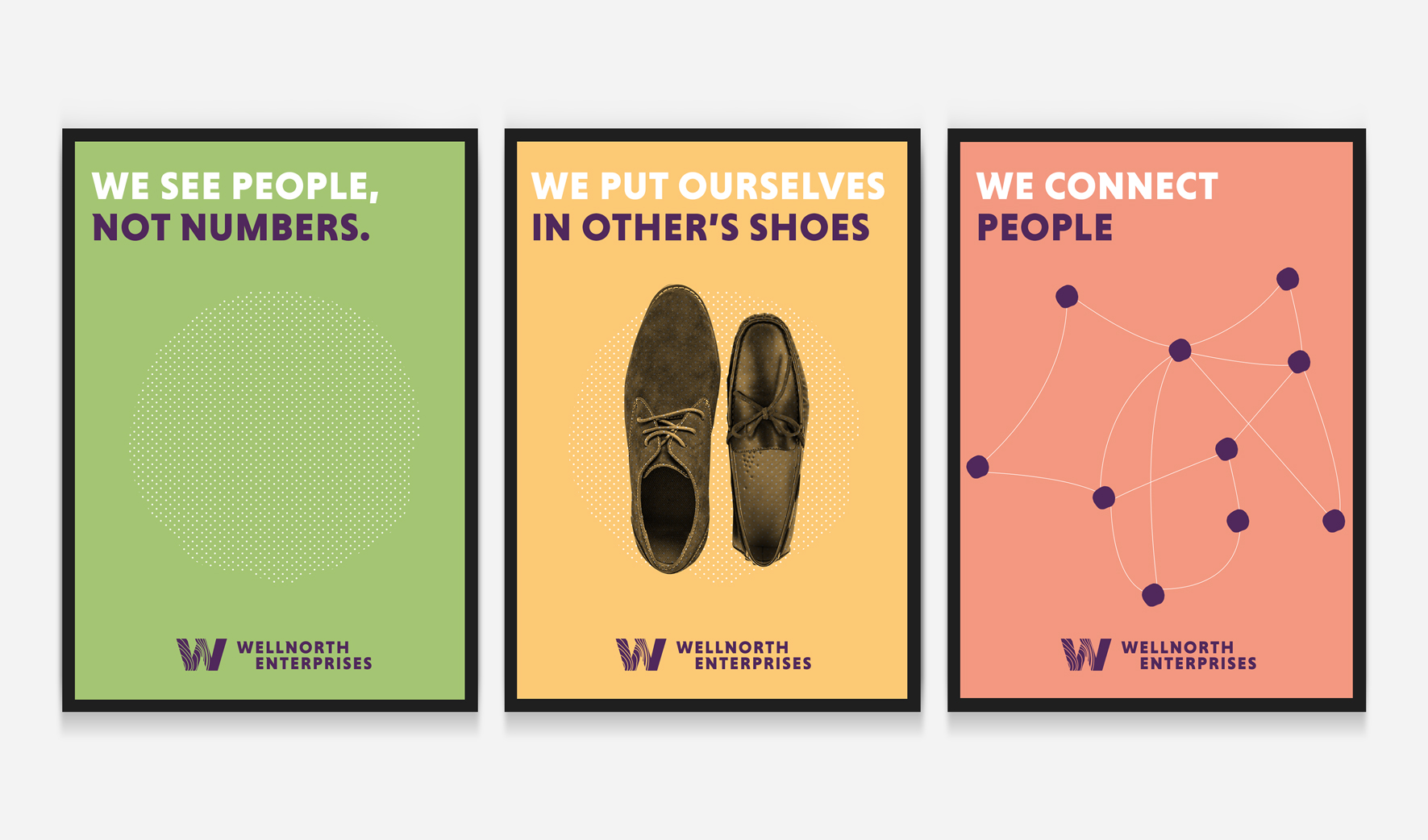 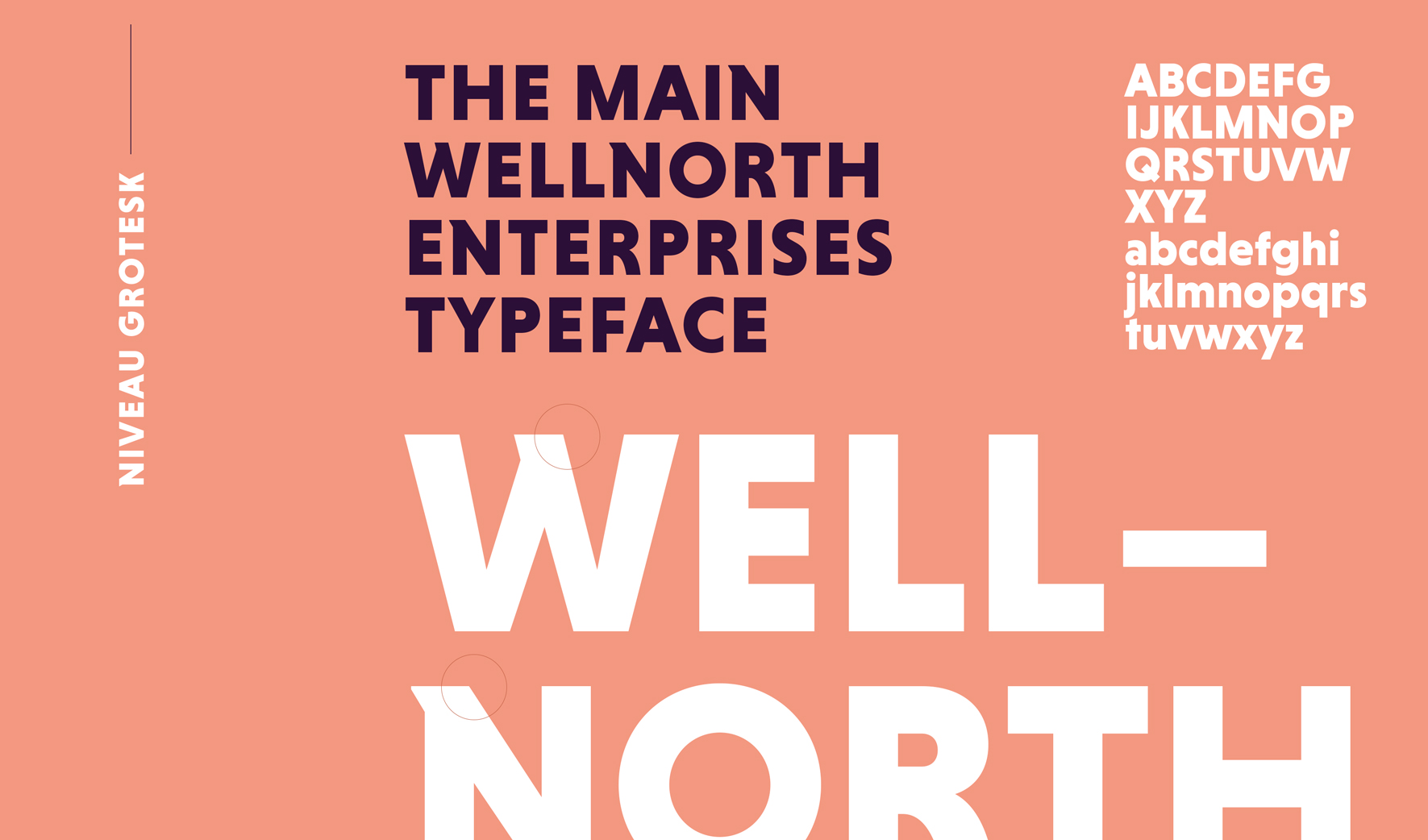 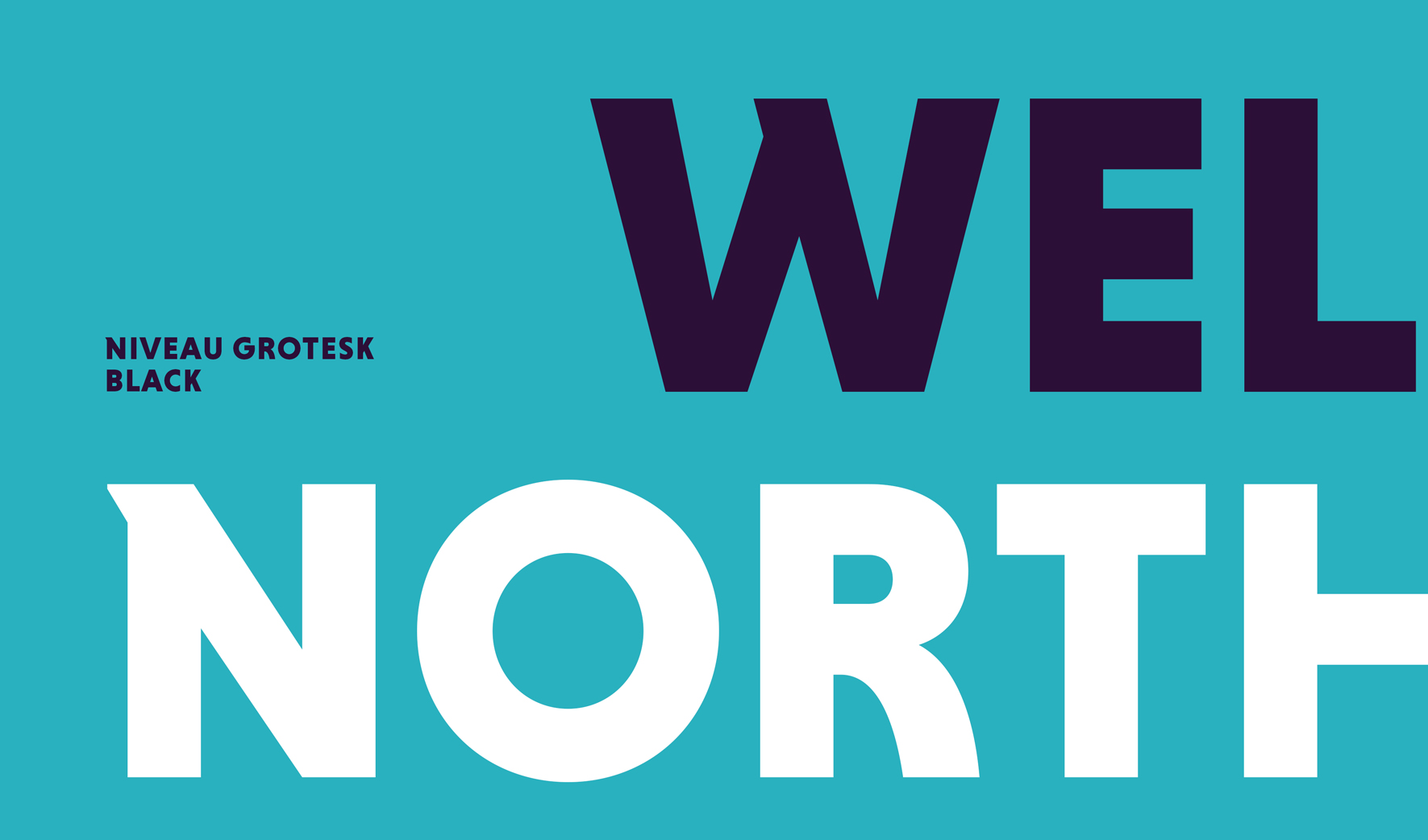 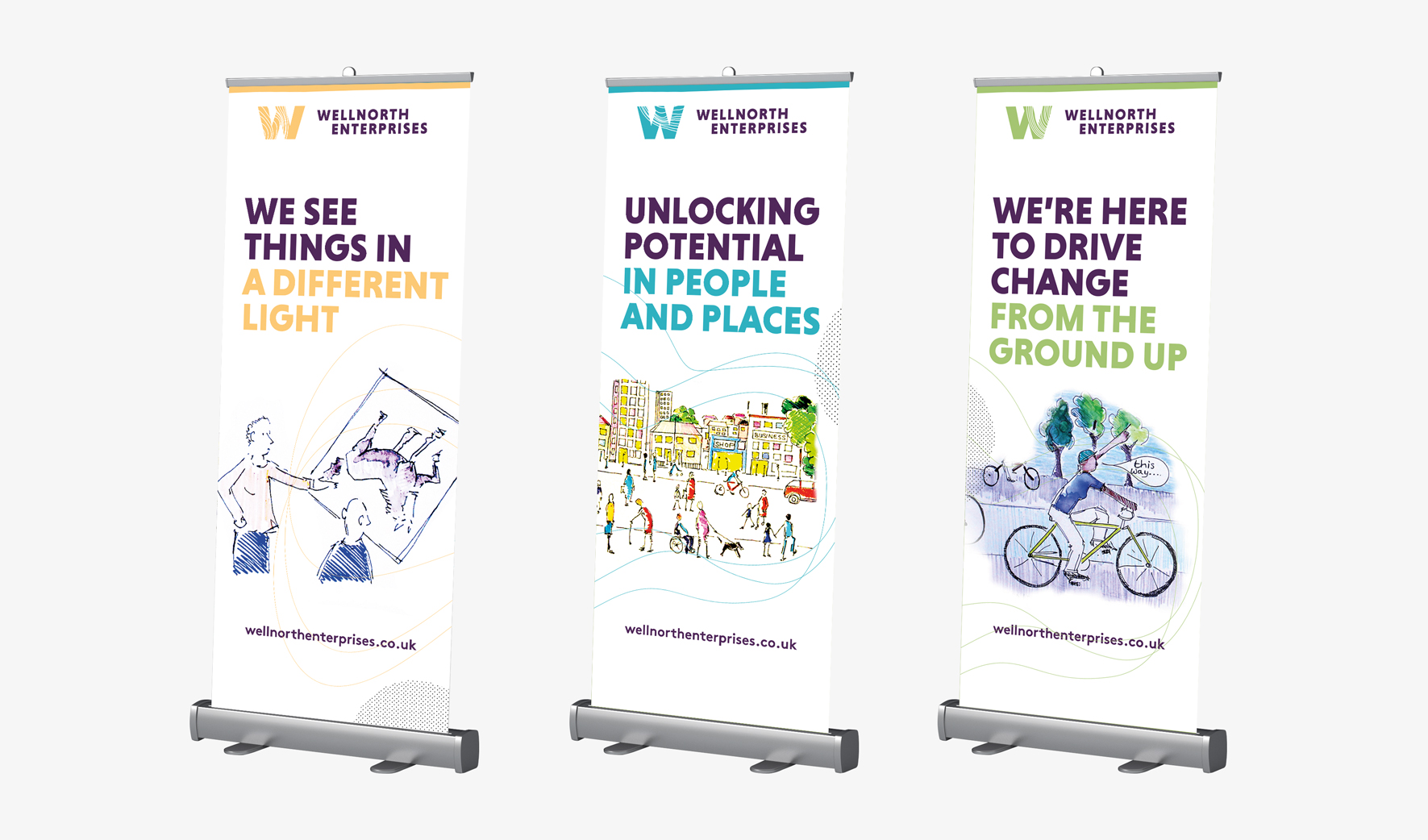 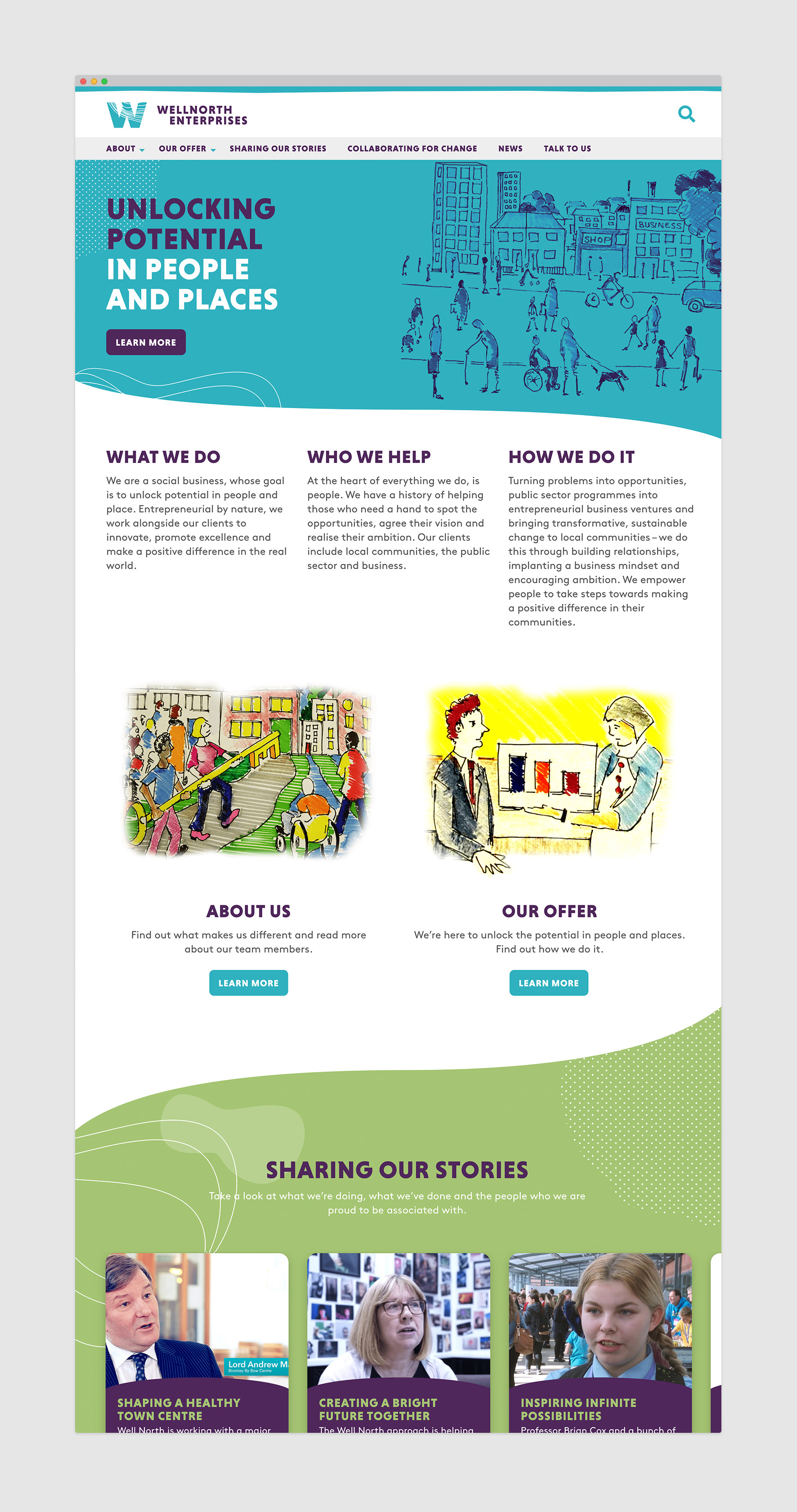 The Aye team are flexible, responsive and accommodating, and it was very enjoyable to work with them on our new corporate identity and website. They helped to focus our thinking by constantly challenging and inspiring us, and their innovative, entrepreneurial approach aligned really effectively with the Wellnorth Enterprises ethos.

Since the new identity and website went live three months ago, we have delivered proposals or had exploratory discussions with 17 clients or potential business partners and 2 new business enquiries have come via the website.

Start a project with us