What does a fluorescent bank card, white apple headphones and a rock band poster have in common?

In this post, I aim to explain what the Von Restorff effect is – and how you can use it to help your business stand out.

In our personal lives, we don’t usually like to stand out in the crowd. Drawing attention to ourselves is uncomfortable and something we tend to shy away from.

Sometimes we hate being the sole focus.

If you think about it, we all dress kind of similar, we have similar hair cuts and drive cars that look pretty much the same, albeit a different colour, and engine.

We don’t like standing out in a personal context, but in a business context – this can be invaluable.

It’s the battle of attention spans out there and standing out can help in people remembering you.

What is the Von Restorff effect then?

The Von Restorff effect, also known as the isolation effect, is named after German psychiatrist and pediatrician Hedwig von Restorff (1906–1962).

In 1933 Von Restorf conducted a study. She wanted to see if things that stood out were more memorable. To test this, she started with a list of categorically similar items, but with one distinctive item.

She found that the distinctive one was the most remembered. 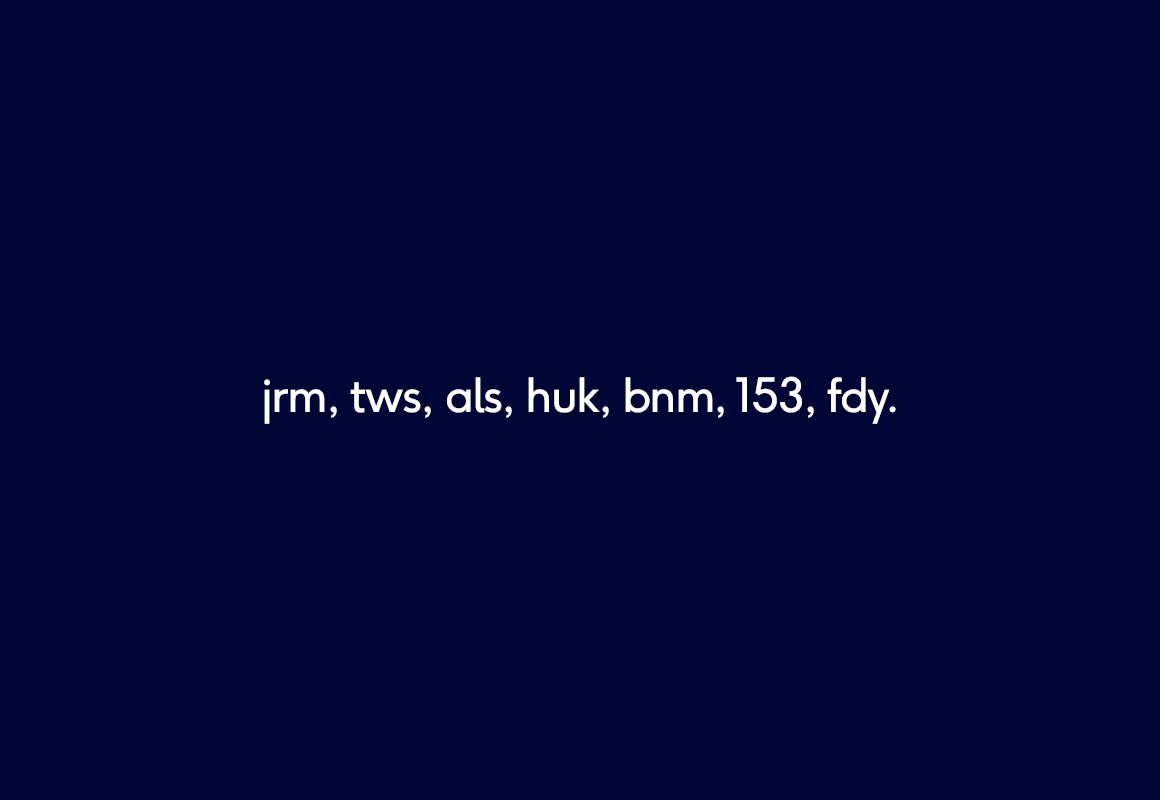 Which one stands out to you?

Behavioural science consultant Richard Shotton recently did the same experiment. He gave 500 people a list of 15 numbers, all in black, but one in blue. A short time after, he asked participants which number they remembered, and respondents were 30 times more likely to remember the distinctive number.

Here’s an example from a heavy metal band poster. 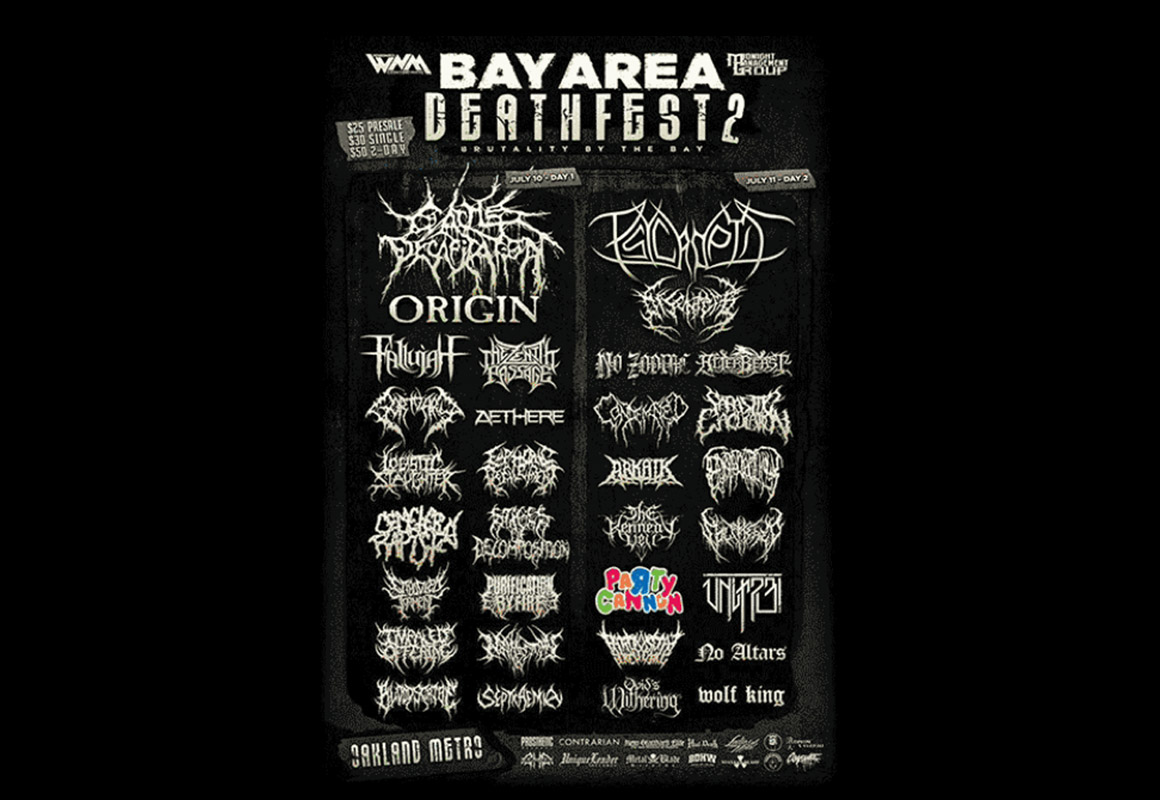 Ultimately the Von Restorff effect illustrates how doing something different can help you be remembered.

It can be used in many instances, especially in branding, design or marketing.

But it’s not used that often – especially with SMEs.

Will it work? Why do we need to do something creative?

It just sounds like a leap in the dark to a client.

But the Von Restorff effect is evidence that doing something different from the norm, does work in aiding memorability.

The human mind has a bias to remember things that are different.

It’s not just doing something different for creativity’s sake.

Being different is difficult. Especially at board room level.

It’s risky. People could get fired if it goes wrong, and it’s usually a decision made by groupthink.

But really, it’s riskier if you fit in.

If you look at certain industries from a birds-eye level, most sectors have certain themes. There’s a certain norm, and they look a certain way.

From a recent branding project – we took a look at the marketplace, and these were the colours that everyone used in their branding. 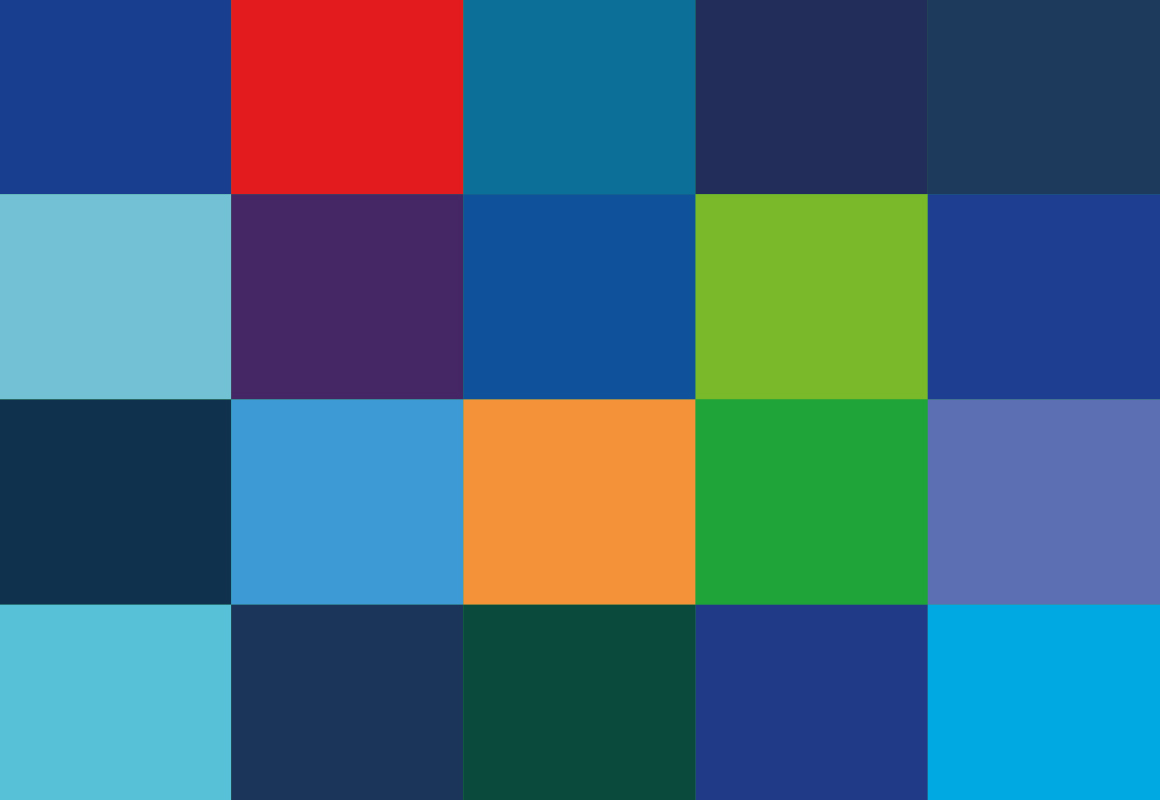 We’ve seen 100s of manufactures logos in blue. Law firms with full-length people shots on their website, and home care firms looking like the NHS.

This is fine, and you do have to look like the company you are.

But all of a sudden, when you look very similar to who you are being compared to, you get lost in a sea of sameness.

When the world zigs, zag

You wouldn’t want a bank looking too playful, would you?

Because you’ve got to reflect stability, calmness and security.

A bank that looks too playful could potentially signal uncertainty.
And you don’t want to look like that if you’re a bank.

But then one bank did just that.

Monzo started in 2015 and has completely reinvented how a bank can look.

Just take a look at their card for instance. 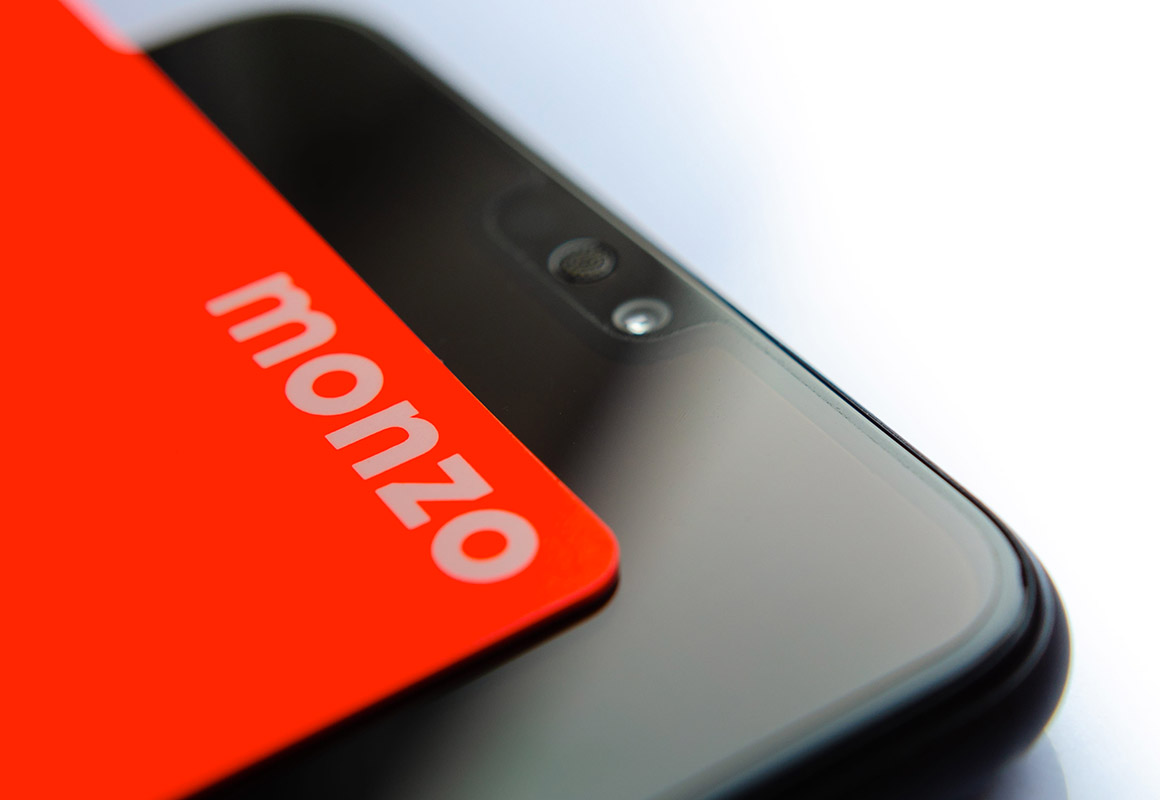 After having one of these cards myself, it’s unbelievable how many people would say ‘wow’ when I pulled it out to pay for something.

On numerous times, people have said “what card is that”.

What’s interesting though, is how many people would have turned down the idea that a bank could have a fluorescent card like Monzo’s.

Bold. Memorable. In your face.

But Monzo needed to create impact.

They needed to be remembered, and fast.

Because they didn’t have the reputation or budgets like other banks.

Not bad for a bank that started 4 years ago.

The Monzo card is a great example of the Von Restorff effect in use, and without a doubt, it’s definitely helped the bank attract more users.

The Von Restorff effect in marketing

Before Apple became the household name that we know today, these ads showed the iconic
white headphones.

Back when the iPod launched, you knew who had an iPod because of the headphones they were wearing.

And everyone wanted the white headphones.

If you had white headphones, people knew you had an iPod.

They shone a light on something that was completely different.

When everyone had black headphones – they went some for the opposite, which made them stand out.

Remember these ads from Apple? 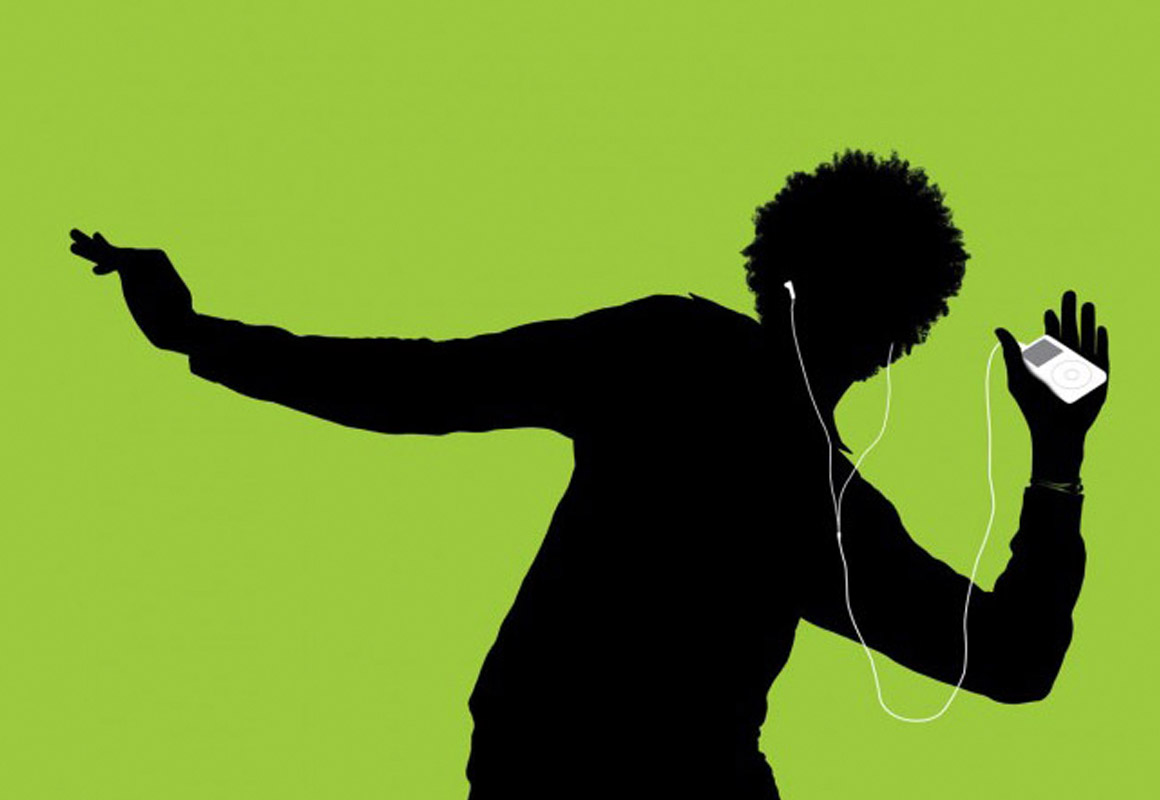 LOC Hire
In 2017, we were approached by nationwide hire business LOC Hire.

Managing Director Dan Wharton was up for doing something different – so we did just that with his cabin fleet.

On the image below, you can see what LOC’s cabins looked like before and then the new yellow ones.

No one in the welfare cabin industry dared to be different – but Dan did.

Which grabs your attention? 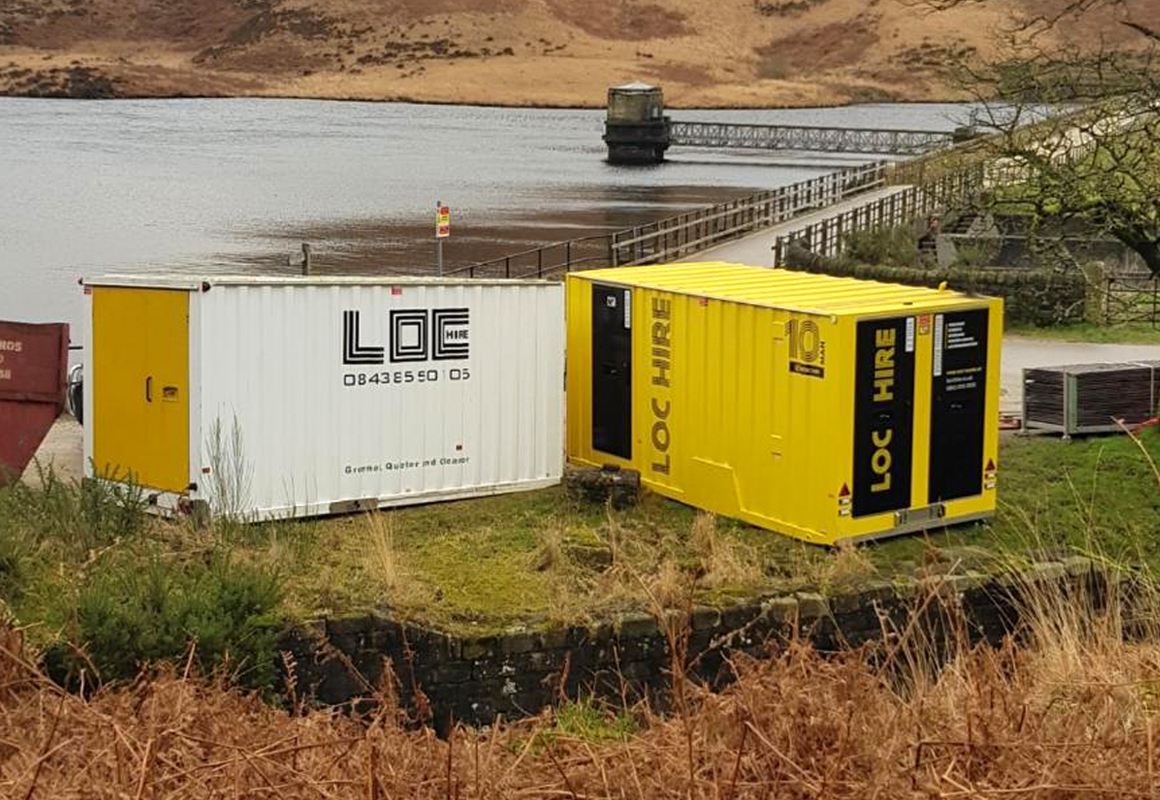 A Fresh CV
A few years ago, my brother asked if I could design a CV for him.

I thought, how could I make his CV stand out? I thought the fact his name was the same as a famous actor (Will Smith) – it would help him stand out. 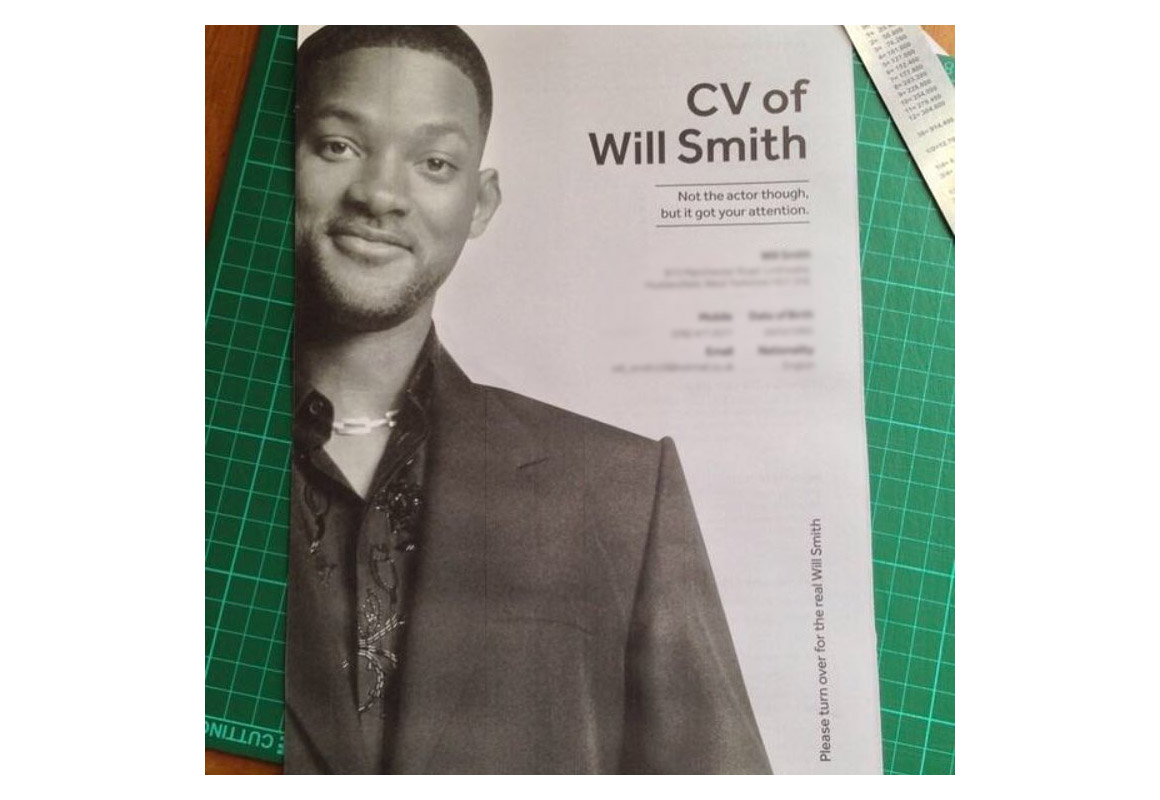 Will had several recruitment companies call up – saying that his CV was stupid, and would never get him a job.

Yet, he had Multiple job interviews from business owners who liked how he stood out.

The fact that recruiters, who must see thousands of CVs per day called him up – illustrates the power of the Von Restorff effect.

The Von Restorff explains why taking that leap in doing something different can help you stand out.

It’s not being different for different sake. It’s a strategic tool, for competitive advantage,
that can help your organisation get remembered.

When attention spans are diluting by the minute (fair play if you’ve read to here) then
The Von Restorff effect is something we can use as communicators to help grab attention spans, in this fast world live in.

How will we use this information?

Your details will not be shared with anyone outside of Aye! and will be kept in a safe and secure location. You may request your personal data to be removed at any time.